Sweden has a population of 9 million people , of which approximately 10.000 are Deaf (stated by the National Association of Deaf (NAD), Sveriges Dövas Riksförbund).

Sweden has a size of 449. 964 sq.km (173,746 sq.mi) , which gives a population density of 1/21 sq.km, but with a considerably higher density in the southern part of the country. As for the Deaf part of the population is somehow concentrated to larger towns as well as to the capital, Stockholm, although Deaf people is living here and there around the country.

As for the number of Sign Language-interpreters, there is unfortunately no exact number of that, as we are lacking a register of any kind stating this number. A good guess could although give at hand that it should be around 600 up to date, some do say the number should be larger but again, we don’t know. However, we do know as a fact that 99 of these interpreters have been authorized as Sign Language interpreters by the Legal, Financial and Administrative Services Agency (Kammarkollegiet) which have the authority to certify translators and interpreters, and more.

The Swedish Sign Language Interpreters Association was founded in 1969, by initiative of the persons who had the opportunity to participate in the very first interpreters training program given in Sweden. As for today we have 312 members.

The interpreters training program is in general altogether a four years training program, given at seven Folk High schools as for now, adult educational centres, around the country. Special eligible requirement for the students are that they should have a good proficiency in Swedish, corresponding to the level B of the upper secondary school course (Swedish B/Swedish as a second language B), or equivalent.

The first two years stresses on Sign Language, and some translation exercises. The later two years focus will be gradually shifted towards interpreting. The training program also consists of civics, social-psychology, Deaf culture.

There are however some differences between the different Folk High schools, as the schools are at liberty to set their own curriculum within some given norms as this is the general idea of the Folk High schooling system in all.

At the moment, one school is running a training program by distance studies, one other has a special class for CODAs. Interpreting for deaf and blind persons are included in all the training but the amount differs. 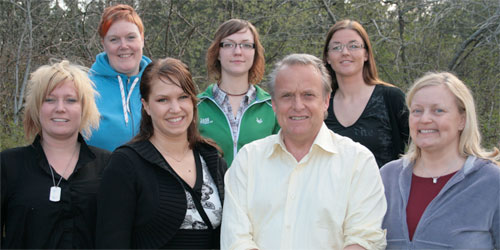 We have established local activities on several places in Sweden one of them being a local club for freelance interpreters on the west coast another is open lectures to our members in Stockholm. We hope to have some more activities at local level the coming years. And we think it is of most importance that the initiative is from interpreters at a local level.